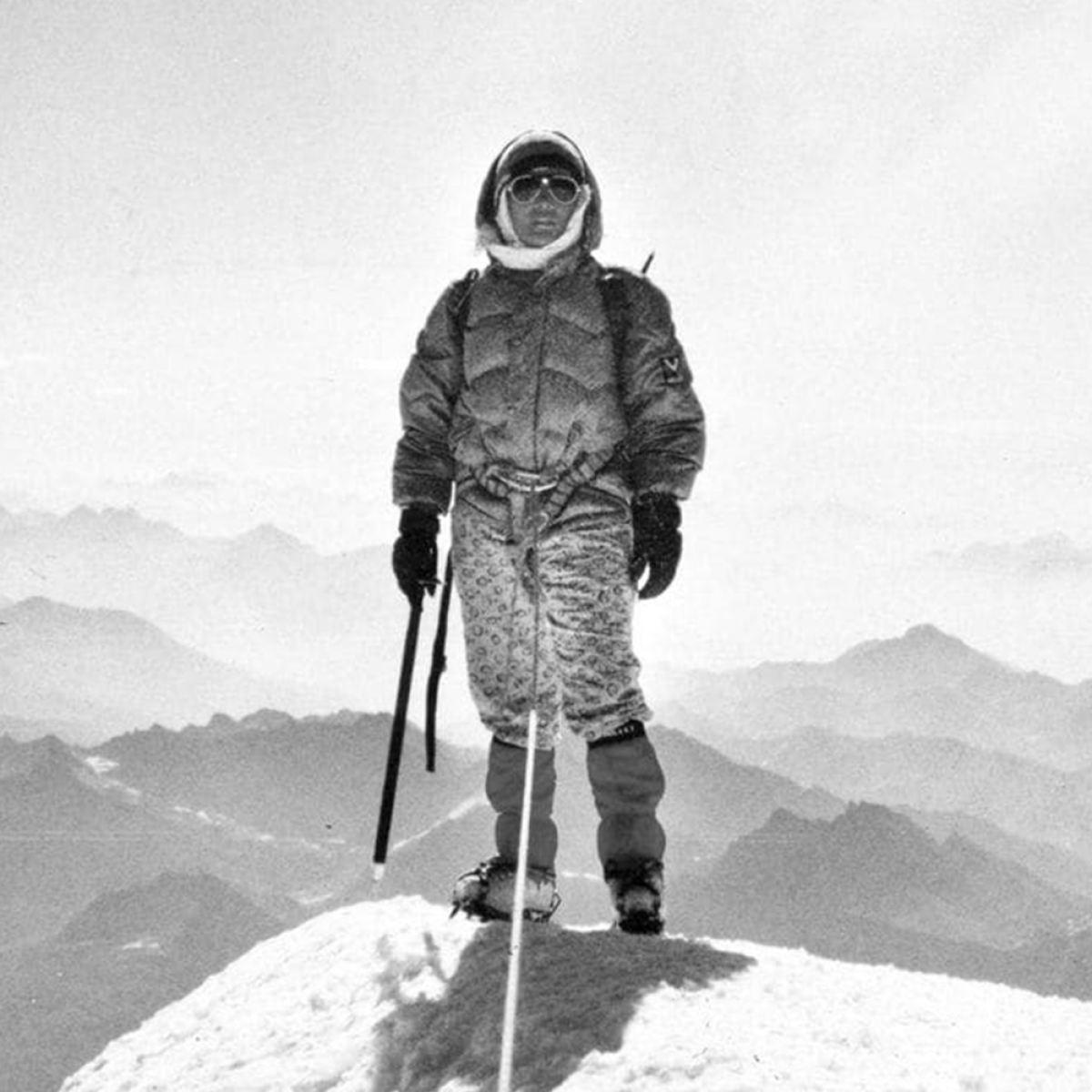 On April 22, 1993, Pasang Lhamu Sherpa created mountaineering history by becoming the first Nepalese woman to blaze a trail to the summit of Mt. Everest, the highest peak in the world. Pasang Lhamu’s achievement has not only proved that Nepalese women are as brave and strong as their men, but also shown their determined and resolute character. Pasang Lhamu was extremely committed to her dream, the reason why she succeeded and, in so doing, did her nation and her people proud. For many Nepalese women, Pasang Lhamu is a fugue that they will try and emulate for a long, long time.
The morning of April 22, 1993, was bright and clear and remained and so till Pasang reached the top of the 8,848 m. peak with 5 Sherpas, Sonam Tshering Sherpa, Lhakpa Noru Sherpa, Pemba Dorje Sherpa and Dawa Tashi Sherpa. Meanwhile, a member of the team and five times Everest Sumitter, Sherpa Sonam Tshering got seriously sick at south summit and despite Pasang Lhamu’s efforts to help did not survive his illness. While descending from the summit, tragedy struck the team. The weather, as often happens in the mountains, suddenly turned bad, causing to lose her life on the south summit. She was fully aware of the peril, but that did not deter Pasang from getting to her goal, even if it meant sacrificing her life.

For achieving what no other Nepalese woman had achieved before her, Pasang Lhamu was posthumously honored by her country in various ways.

She was the very first woman to be decorated with the “Nepal Tara (Star)” by His Majesty the King. The National Youth Foundation conferred the 1993-94 Youth Excellence Award on her. Similarly, in order to commemorate her feat, a life-size statue of Pasang Lhamu was erected at Bouddha, Chuchepati; a postage stamp was issued in her name; the Government of Nepal renamed Jasamba Himal (7,315 m) in the Mahalangur Range as Pasang Lhamu Peak; the Ministry of Agriculture named a special strain of wheat as Pasang Lhamu wheat; the Pasang Lhamu Memorial Hall was established in Dhulabari of Jhapa district in east Nepal; and the 117- Km Trishuli-Dunche road was named the Pasang Lhamu Highway. 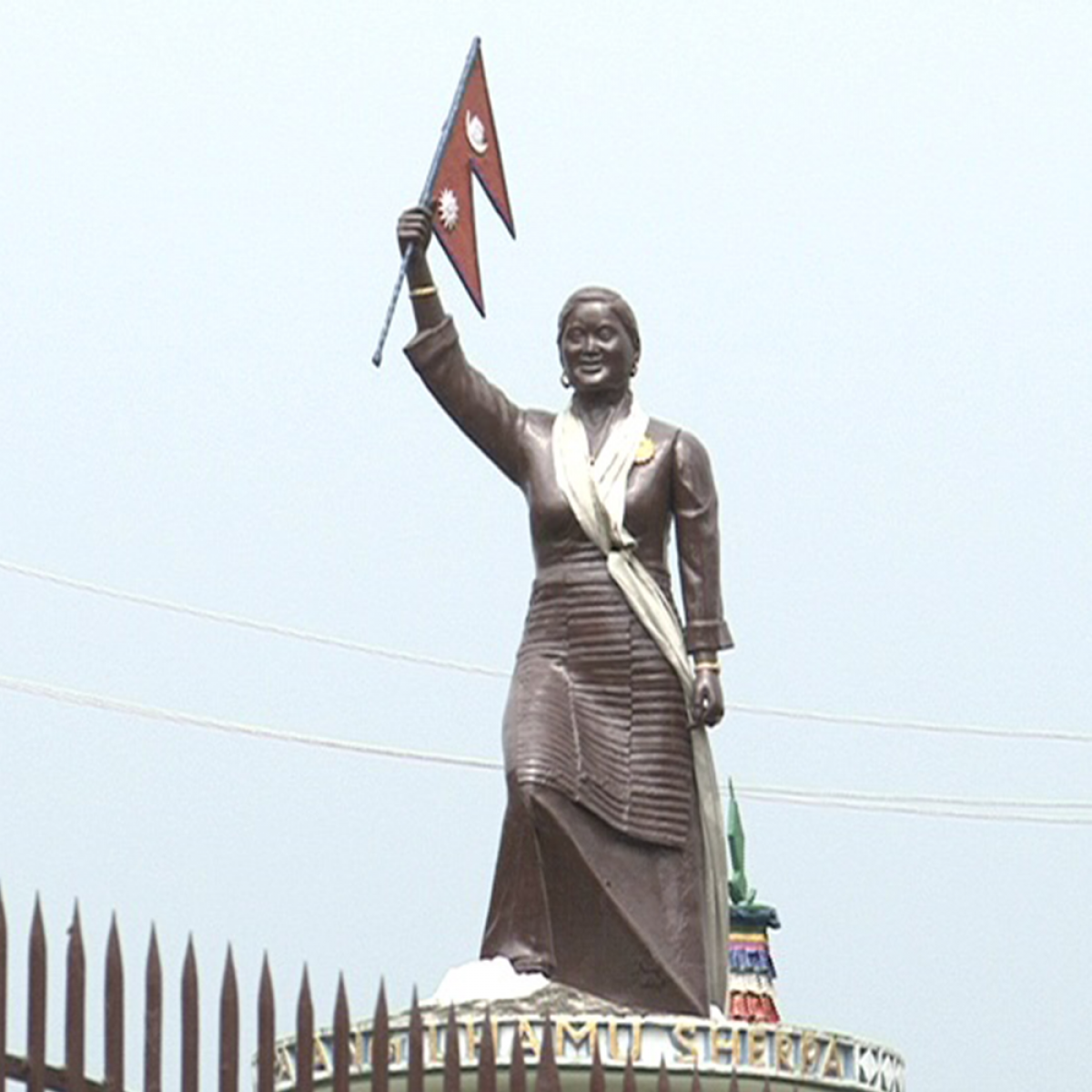 For achieving what no other Nepalese women had achieved, Pasang Lhamu was honored by her country in various ways. She was the very first women to be decorated with the “Nepali Tara (star)” by His Majesty the king.

A postage stamp was issued in her name. The Government of Nepal renamed Jasamba Himal (7,315m) in the Mahalangur Range as Pasang Lhamu Peak
POSTAL STAMP

The 117 km Trishuli-Dunche road was named the Pasang Lhamu Highway. The Pasang Lhamu Memorial Hall was established in Dhulabari of Jhapa district in east Nepal.

We know that wheat is the main food for mountain people. The Ministry of Agriculture names a special strain of wheat as Pasang Lhamu wheat. First “Academy Award” to honour a mountaineer. 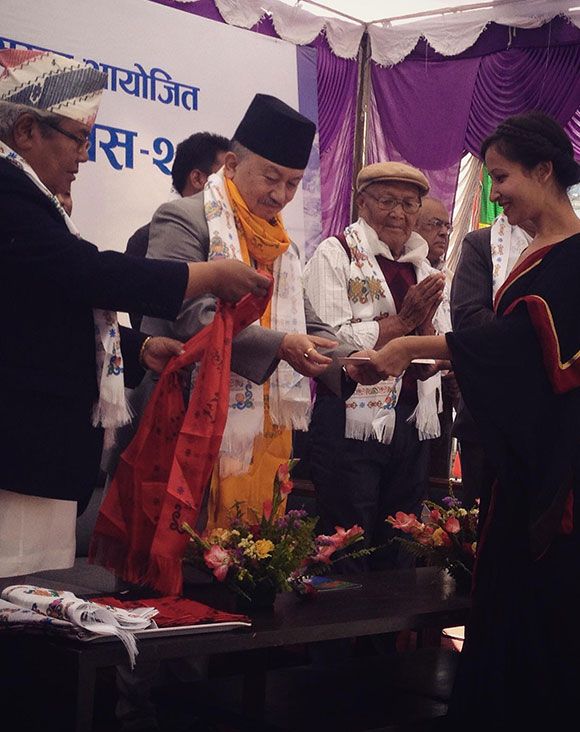 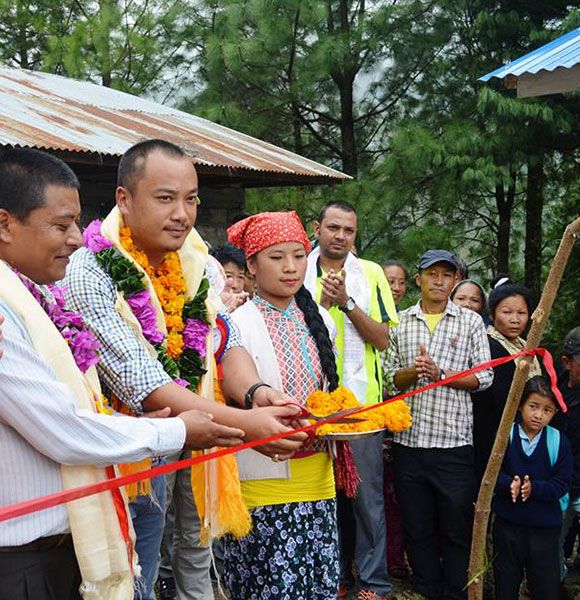 The aimed to establish this organization is to standardize the situation of the women and children at high mountainous and hilly region, develop mountaineering and tourism sector, development and empowerment of women in the country, welfare, and support to the mountaineers and their families as well as other people in the peripherals.
One of the achievements of the organization is that the Government of Nepal has just declared Mrs. Pasang Lhamu Sherpa as a National Luminary of the Country. This declaration has been made after nine years of her successful climbing of the Mt. Everest on 22nd of April 2002. She became a 15th and 2nd Women National Luminary of the country. 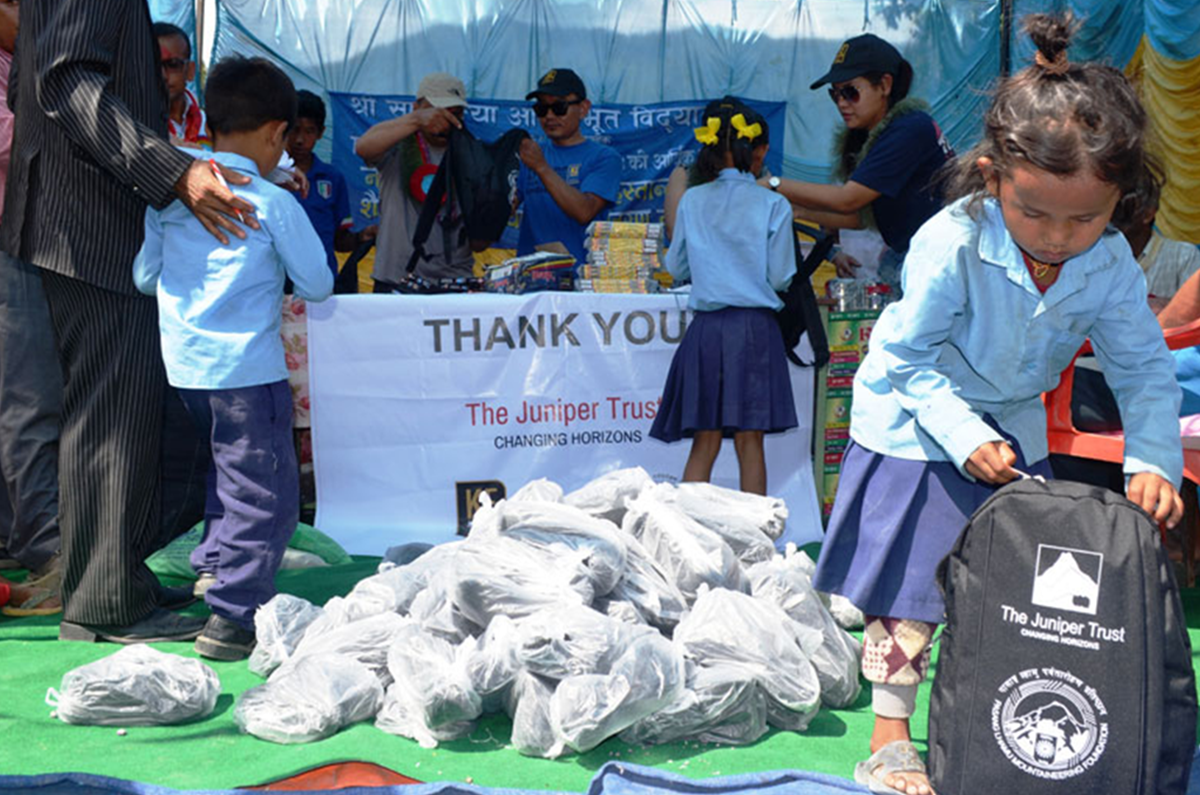 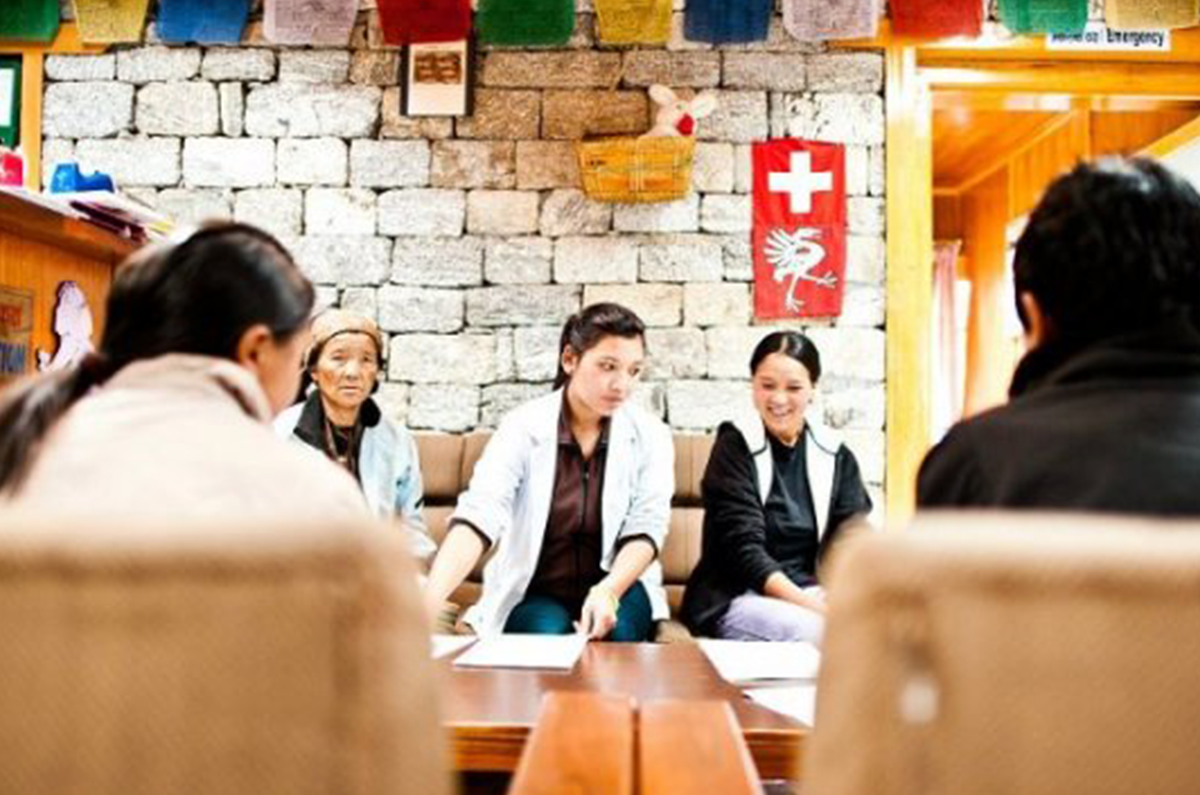 “Increase/Enhance efficiency of Nepalese women without any discrimination by providing training and educational facilities as well as safeguarding the rights and interest and providing health facilities, legal and social securities to them.” 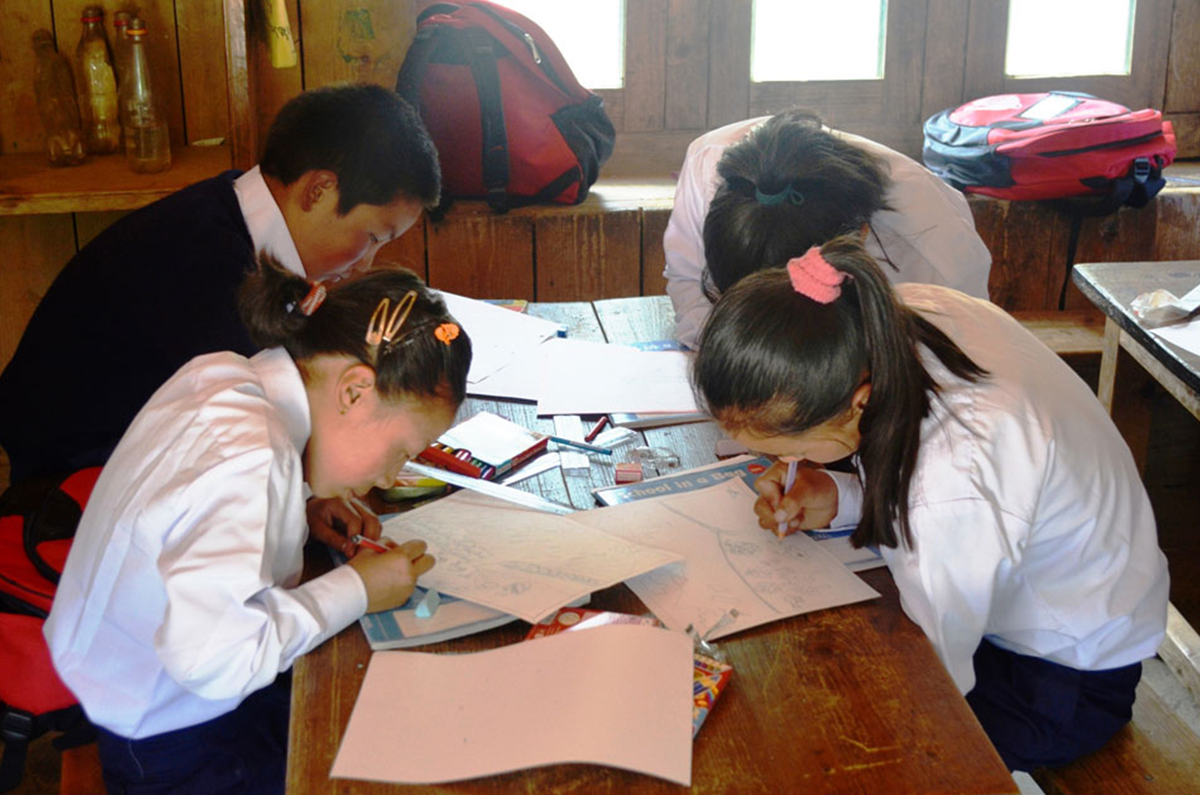 “PLMF believes that all Nepalese women to be as competent as men in the field of education, social, economic and technology.”

Objectives of the Organization